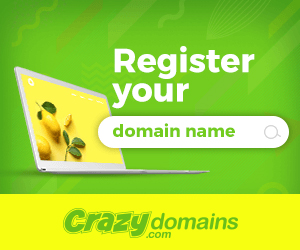 How To Earn Remote Income

With a mere 10 days left on our visa and countless miles travelled, three cats, await us in Chicago for our final house sit in the USA. Touching down at Chicago Midway Airport, we now have to decide, how to get to our sit. Will it be via a train, taxi, uber, Lyft or shuttle. After asking questions at several desks, we decide a shuttle will be our best option. However, we will first have to go via downtown Chicago to drop off other passages first. Free tour of Chicago included, yay 😊. The ride into Chicago was awesome, we had great conversation with the other passengers. We were given some useful tips and enjoyed some laughs as well. Americans are such accommodating people, I guess that’s why we love coming here. After an hour ride, we reach our final destination.

We are greeted by a chilly -3 ̊ C, that cuts right through us. Furthermore, we aren’t dress for the conditions, thus the frigid temperature hit us quickly. Our Home Owner had left the key in a padlock which used a dial key lock. Unfortunately, due to the temperature it had frozen and we are unable to turn the dial. Unable to contact the Home Owner, we resort to opening our bags on the sidewalk and change clothes to suit the freezing conditions. At one stage I took off my shirt to put on my thermals, which really showed how cold it was. Finally, after what seemed an eternity, we communicated with the home owner. She advised us to store our bags around on the back patio and head to the local Starbucks. Hot coffee and warm surrounds, who were we to argue 😊.

Anti-climactic to say the least, as our three cats were very shy to begin with. But Ollie didn’t take long to come out of his shell. He was the outgoing of the three cats.

However, Sasha did come out of his shell as well.

Charlie was the timid one of them all, by the end he was allowing as to pat him for a brief period of time.

They all loved to play for periods in the day, chasing the laser dot or the stick with the toy mouse on it. The rest of the day was spent curled up in a warm place sleeping. Identifying each cat took a bit, as they were all the same colouring, with minor distinctions.

Ollie had a white stripe on his nose and he didn’t mind a scratch. Ollie suffers from asthma, so I had to administer his medicine via an inhaler two times a day, that was a first for me.

Sasha was the big boy out of them all, we did get to cuddle with him a couple of times.

Charlie, the quietest and could be distinguished by the black tears that would gather in his eyes. While they were a little stand offish, they were lovely cats to look after.

As this was our third visit to Chicago, we didn’t do any sightseeing. However, Chicago has some amazing place to see and things to do. Check out Trip Advisor for a good overview of attractions. If you would like to know more about our house and pet sitting way of life click here.

We would love for you to follow our exciting journey by joining our friends list here on our website and following us on our social media pages below.

If you have any comments or questions we would love you to leave them below or email us.

House Sitting Hints (live like a local, not as a tourist)

Skyscanner is a great tool for searching websites and airlines around the world to make sure you get the best available price possible.

Booking.com is our go to tool for booking hotels. It always gives us a large variety of hotels at great rates. We also use Airbnb as a wonderful alternative for those places you may want to go and live with the locals.

Travel insurance is a must and this is speaking from experience. Comprehensive protection will protect you against illness, injury, theft, accidents and cancellations. Just in case something goes wrong, heaven forbid. We never travel without it, having used it several times over the years. World Nomads have years of experience and knowledge to look after all your travel needs.

All images, photographs, and prints are exclusive property and may not be copied, downloaded, reproduced, transmitted, manipulated or used in any way without written permission of the photographer. Disclosure: “Some of the links in this post are affiliate links. This means if you click on the link and purchase the item, I will receive an affiliate commission.”

Border Collies, English Setters, Whippets, Jack Russell's are just a few of the dog breeds we have had the privilege...

Relaxing into our seats we soak in the beauty that is Switzerland as our train speeds towards Aarau. Ahead lies five...

As a child I remember hearing about a book called Heidi. Never reading it myself, just knowing it was about a girl...

House sitting Geordies promises to be an adventure. Although three big dogs may be challenging, we look forward to...

Thanks for subscribing! Please check your email for further instructions.